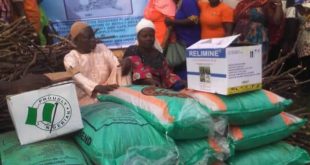 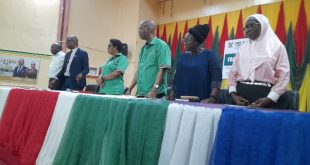 Lagos State Agric Input Supply Authority organised farmers Forum at Adeyemi Bero Auditorium Alausa in June 2022 to teach farmers in Ikeja, Agege, Ojo, axis at zero cost on how to boost productivity on their crop and fish farms using the right inputs and quantity at the right time to get a bountiful harvest @Laisa one stop center for Agricultural Inputs in Lagos State . 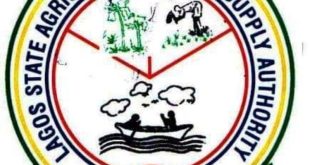 In order to properly plan and ensure bumper harvest for the Year 2020, the Lagos State Agricultural Inputs Supply Authority (LAISA) has engaged farmers and other stakeholders in the agricultural sector through its quarterly forum at Oko-Oba Farm Centre, Agege.

In her address to participants, the Special Adviser to the Governor on Agriculture, Mrs. Abisola Olusanya said the forum was an expression of the commitment of the State Government to farmers in Lagos State.

According to her, the government is committed to boosting food production in the State by supporting farmers to improve performance on their farms, so that Lagos can become a food basket not only for the State but for the Nation as a whole.

Olusanya reiterated that the various programmes of the State government in the agricultural sector were aimed at making life better and easy for farmers in Lagos State.

In her words, “To further buttress the commitment of this administration to farmers, the State government has, through LAISA, established eight Farm Service Centers in different divisions of the State to give the farmers easy access to quality agricultural inputs such as fertilizers, agrochemicals, seedlings and fish feed as well as other farm implements at affordable prices”.

The General Manager, LAISA, Mr. Bolaji Balogun emphasised the importance of the Agency’s support to farmers through its quarterly farmers’ forum held in different divisions of the State.

“The forum trains farmers in each division on best agricultural practices that will boost production on crop and fish farms. The training session is always anchored by seasoned personnel from various agro-allied companies that are suppliers to LAISA farm centres”, he said.

The event also featured informative and educative sessions on the best the practice of fish feeding as well as the selection and application of agrochemicals that are not harmful for human consumption.

The topics were taken by the representatives of major suppliers of fish feeds, improved seeds and pesticides from Aller Aqua Nigeria Limited and Swiss Biostadt Company Limited.

Powered by WordPress | Designed by TieLabs
© Copyright 2022, All Rights Reserved